Whether it is creation of new applications as minimum viable products or upgrading existing system and scaling up existing systems, Aspire Edge has over 10 years of experience in designing, maintaining, delivering and supporting end-to-end Ruby on Rails applications.

Our multidisciplinary agile teams of developers and designers are effectively complemented with scrum masters and project managers. We are committed to bring the best ideas forward and provide the best product with maximum value.

We are very serious about two things when we are starting a new project for the first time - SECURITY and SCALABILITY. In the past, we’ve created:

Our ROR developers are competent to handle any project even if it’s started by any other team. Initially, we go through the codes and existing databases for the project. After understanding the structure of the project, we can then offer:

Our team of ROR specialists and project managers has rescued many problematic developments in the past. We’re great at:

What are the advantages of ROR?

Rails projects are typically developed quickly, due to advanced features and its development suite. Time is money – the more time it takes to develop, the more expensive the cost. ROR projects can be implemented successfully even when the logic is complex. To use Ruby on Rails is getting the clean code. It can then be modified, linked to external outsourced projects, free of bugs.

We still use Rails because it solves its specific problem the best. ASP.NET, Django, NodeJS etc. are the closest competitors, but it has historically lacked the people-power that the Rails ecosystem possess. Ruby on Rails development is good not only for e-commerce marketplaces and site-building platforms. GitHub (hosting and collaboration platform), Heroku (cloud PaaS), CrunchBase (database of technology companies), SoundCloud (audio distribution platform), Hulu (streaming video service), Dribbble (social media network for designers), Diaspora (distributed social network) and lots of other websites are based on the Ruby on Rails technology stack. So, it's truly a universal platform.

Once we got into Rails, it was clear that there is a wonderful open source community around. Rails has an army of committers that make sure it stays in tip-top condition. Many projects have become quite old but Ruby on Rails (ROR) has so many great features that it’s still a favourite as a backend technology.

When Rails isn't a good choice

Go or Elixir/Phoenix make more sense for The Non-Web Internet: chat, email, SSH, Redis sockets, command-line API tools, custom network servers, anything synchronous. Anything that scales vertically, or has a significant amount of traffic (>10kRPM), should probably not be done in Rails.

We love building simple and unique solutions for best customer experience. Our web and mobile developers know how to build products and services with the agile iterative approach.

From proof-of-concept prototype, through Minimum Viable Product to Release Phases – we cover all phases from idea to managed launch and maintenance.

Let’s create outstanding and scalable backend with Ruby on Rails! With our tech expertise and your idea, we are the perfect match to build a great and unique experience for the final users.

What is so special about Ruby on Rails?

RoR framework is unique in several ways. It has an extensive set of community extensions that solve the most common challenges in outside-the-box ways (e.g., sign-in process, security management, resource authorization).

With few lines of code, you get a huge business advantage. Programmers love it, too. The "convention over configuration" principle helps to keep the code clean and extensible. A broad open-source community assures top security level. RoR is also under very active development, implementing the latest features of the web.

As one of the top Ruby on Rails development agency, we use the framework for most of our web applications. Throughout the years, we have used various languages such as PHP, NodeJS, GoLang, and Python, but Ruby is our language of choice.

There are thousands of different programming languages, so why offer Ruby on Rails development? There are various reasons why it is the preferred framework for most developers, some of which are its more pragmatic approach, great tooling, and high-quality code libraries. The Ruby community is made of highly qualified developers who favor responsible development, instead of the gung-ho approach to programming that is seen in other communities.

The framework provides great tooling that helps a Ruby on Rails agency to deliver an app with more features in less time. There is a standard structure for web apps, and all the common patterns have already been taken care of.

More often than not, the quality of Ruby code is better than their equivalents in NodeJS or PHP. And when it comes to testing automation, the Ruby community is known to focus on it. Ruby libraries are considered a treasure to the community because it helps them deliver high-quality Ruby on Rails development services.

Our Ruby on Rails agency belongs to a community, which is like any other Ruby community found in every major city across the globe. Each member shares the love for the framework and works with each other to be updated with the developments within the industry, as well as the current trends.

Most of the successful startups today operate on Ruby on Rails. These include Airbnb, GitHub, Shopify, and Etsy. It is our job as a Ruby on Rails development agency to ensure that your app can go toe to toe with the best in the world.

Ruby is such a succinct language that developers can easily complete projects with the use of third party libraries. The framework is known as the most productive programming language today.

One thing that makes Rails stand out among other programming languages is that even non-programmers can understand the code. It is the closest thing to English when it comes to programming. The framework utilizes an internal DSL that extends the semantics of Ruby. And because it is internal, there’s no need to use an external parser. Ruby on Rails development is a collaborative task. The development and design team work together to come up with the best mobile or web app. We make sure that the project is within your budget and completed within the allotted time. When you hire us as your Ruby on Rails development agency, we provide clear expectations, concrete schedule, and a well-defined project description. 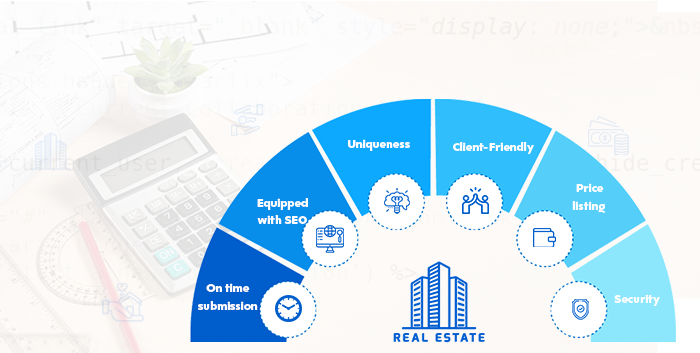 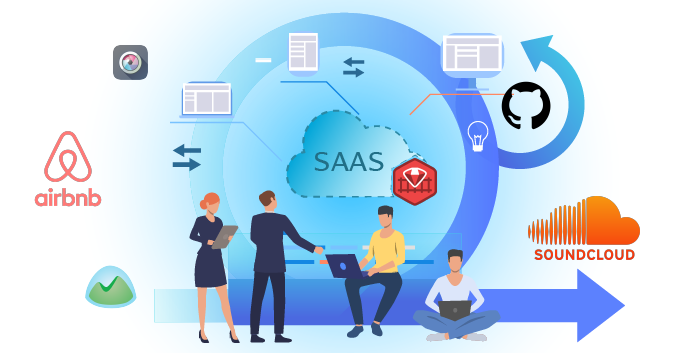 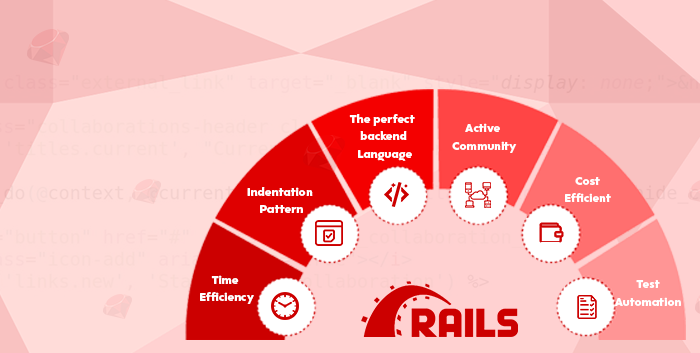 Contact us Do you really need a help for your online business growth?